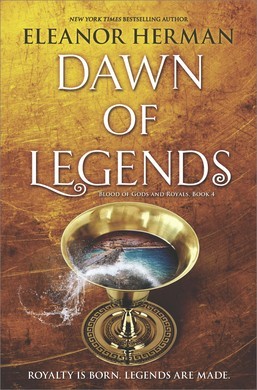 Prince Alexander of Macedon has battled both men and monsters, but his final war will determine his fate…and the future of mankind. While Macedon’s enemies close in from all corners of the earth, Alexander must fulfil one last prophecy that dictates only he—and he alone—can ensure humanity’s survival against the age of the deadly Spirit Eaters.

As the threads of fate draw Alexander closer to his destiny, an exiled queen will meet a runaway princess, a young sorceress will set the final path of her heart and generals will choose their final battles. Before the light of victory can shine, enemies must become allies, Death must be tamed and hearts must break.

Who will rise and who will die?

Oh, how the mighty have fallen. I used to be so in love with this series, so much to the point where it was something I’d constantly recommend because I believed it deserved a lot more love than it got. I was loving the historical aspect to it, the characters, the insane plot twists, and I couldn’t wait to see how the series would finish off. I even made this book one of my Top Five most anticipated new releases of 2018. And then I read it. And now I’m disappointed. It was like everything I used to love about this series was just forgotten or omitted within this book and made me question what the entire point was. Nothing thrilled me, nothing really kept my interest, and nothing about this book really made me enjoy it. Not only am I disappointed by this book but I feel betrayed. I got my hopes up and in the end it wasn’t worth it. Ugh.

Since this is the final book in a series, I cannot properly review it without revealing spoilers so a SPOILER ALERT is now in effect.