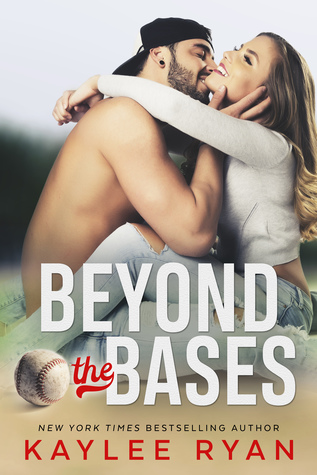 What happens when you want more in life than just running the bases?

You hang out at home plate and stop playing the field.

He’s sexy and irresistible. I’ve done my best to ignore the magnetism that flows between us. I don’t need complications in my life. I can’t get wrapped up in his world, the last thing I need is to get attached to a professional athlete. I don’t have time for heartbreak.

Something about her pulls me in. I want to get to know her. I want a chance to show her I’m more than just my career, my paycheck. I’m the man for her. I know I am. No matter how much she resists this connection between us. It doesn’t change the fact that she’s my grand slam.

You ever start a book thinking it’s exactly what you need but the more you get into it, the more you truly regret your decision? That was me and this book. I was trolling Goodreads one day and this book came up on my feed and obviously I was intrigued since I a) love NA sport romances and b) love baseball as a whole. What could go wrong, right? Well, apparently everything could go wrong. And all the things that went wrong were things that I couldn’t even anticipate. I mean, it sounded like a relatively safe and cute story and therefore it’d be hard to be mad at it. And yet, here I am simmering with rage. I feel like I got played. I played myself.